Lam Dong Museum reconstructs the processes of formation and development of natural history, society and culture of the local people of Lam Dong and Highland. With the collection of exhibits, photographs about ancient Dalat city with fake people reappeared vehicles, costumes of ancient Da Lat, food culture in wartime or some traditional activities photos such as pottery, basketry, weaving, buffalo sacrifice, gongs, drinking wine ... is expressed very vividly which was impressed beautiful and attractive to viewers. In addition, the museum also has lithophone of Di Linh, B'Lao which is very a famous from 3500-3000 years, the architectural monuments, the archaeological site was excavated from the tombs of the peoples of place in the province ... This is diverse collection of nearly 10,000 specimens of ceramics, copper objects, worth iron in Southeast Asia. This is a cubic structure, but can not create hard feelings, both classical and modern, blending the two styles of architecture East - West quite smoothly. Special layout space inside the house was airy design, exuding luxury and not too pragmatic. Decorated with ancient space, unique, mansion was replayed somewhat regal life of a royal family in the 30s of XX century. It also kept some artifacts, pictures and documents you about the life of Queen Nam Phuong. 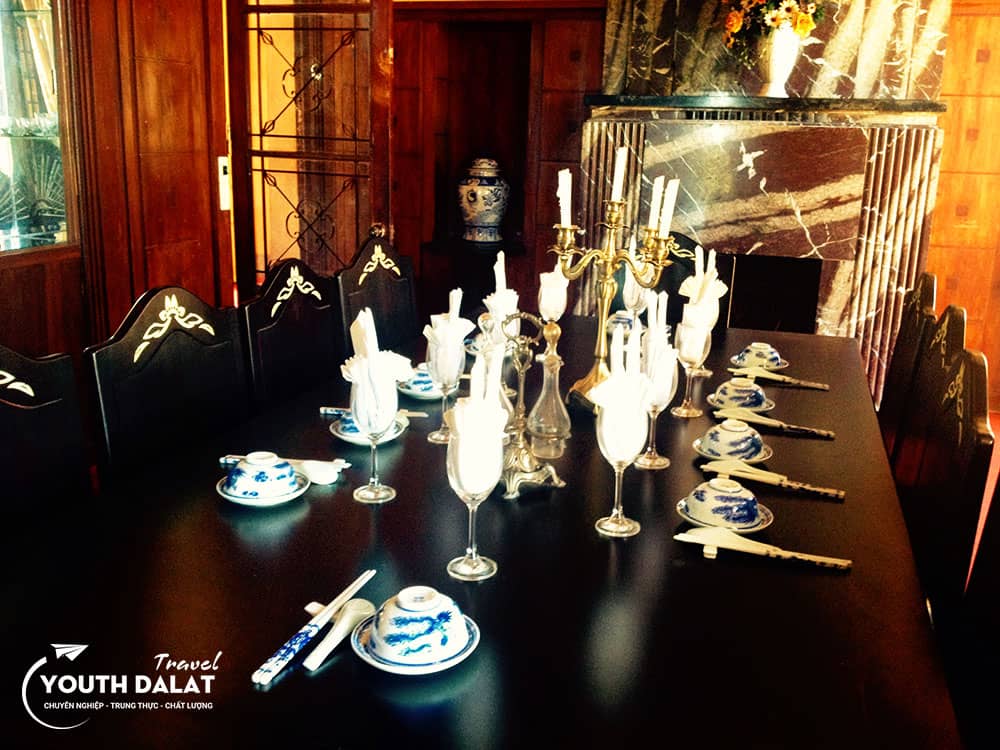 Luxury banquet table, most of the supply items are imported from France

Besides, Lam Dong Museum also a folk game area lying on a romantic hill, serving tourists the interesting folk games such as throwing, O an Quan, threw the ball through jar ...